loading...
Entertainment
Pete Evans rumoured to appear on the next season of Masked Singer
November 18, 2020 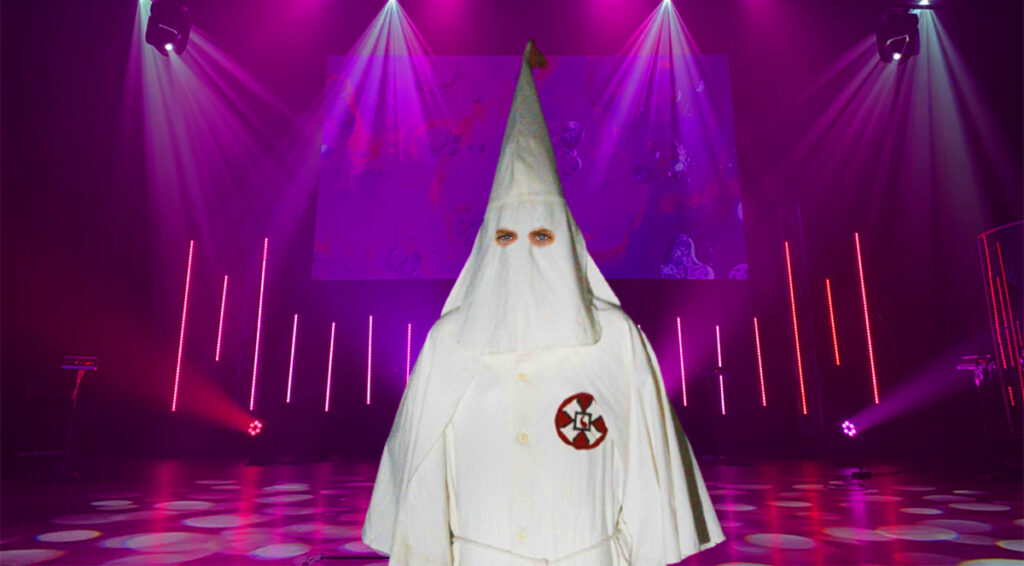 The celebrity gossip mill is in full turn as reports start coming in of a new controversial guest on the next season of the Masked Singer Australia. According the rumours celebrity chef and guy that knows a large amount of Neo-Nazi conspiracy theories for someone who didn’t know what Neo-Nazis were, Pete Evans will be donning a mask, dressing up as the “White Hood” in a series first.

Insiders claim the lunatic came into contact with the show after all his other contracts fell through. The costume decision came after show suggested some other wacky costumes for Evans like  ‘Respected Chef’ or ‘Sane Person’. Also with costume they could guess Latham, Pauline, Bolt, Credlin, and many more Aussie TV personalities. In fact some worry for the judges as this would clue wouldn’t so much ‘narrow it down’, seemingly more just ‘removing the outliers’.

“I can’t say much but, I looks like I am back,” said Evans on Facebook after googling what a cross-burning is. “Not to spoil anything but I have had to spare some of my Covid curing bleach mouthwash for my clothes washing this week.”

Some fans are worried that recent controversy might make the chef incompatible with Aussie celebrity TV, an anonymous source at Network Ten said that they are not worried. “As long as he goes back to dangerous anti-vaxx, covid denying, baby-killing, holocaust denying posts that imply his hatred instead of posts that directly admit to being a Nazi, we are happy to welcome him back for a second chance at redemption. High rating redemption, for the low low cost of amplifying discrimination and hatred. It’s a win win.”