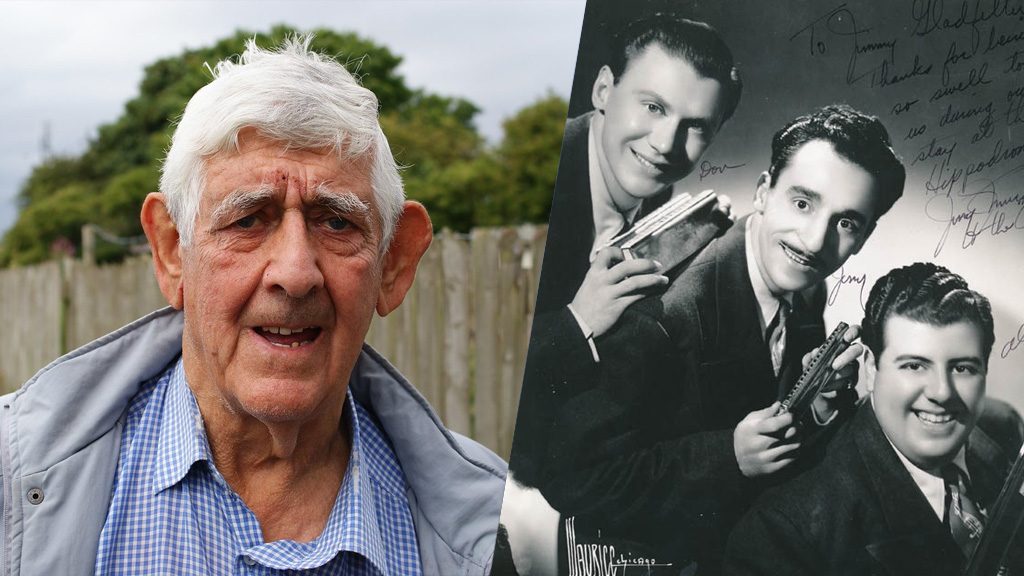 Retirement homes across the nation have erupted into riots today, following news that rocker and guitarist Eddie Van Halen has never heard of the 1940s smash trio Jerry Murad and the Harmonicats

“Kids these days!” exclaimed one outraged elder, “What a bunch of unclutured idiots, next you’re gonna tell me they’ve never heard of the 6:00 radio hour with Conrad Harvey sponsored by Robex Soap.”

However, many Gen-X members have come to Van Halen’s defence, stating that The Harmonicats were past their prime long before Van Halen had even been born.

“It’s no excuse!” retorted one angry retiree, “Everyone should be forced to learn about the culture I grew up in, no matter how irrelevant it may be. God, can you imagine a world where different generations are allowed to have their own distinct tastes and fashions without having the generation before them constantly force their own tired and aging popstars back into the spotlight in a vein attempt to remain the only cultural force that is allowed to exist within their lifetime? Pft. No, unlike Van Halen, Jerry and the Harmonicats are not some passing fad. Kids will be listening to their hip and happening tunes on their portable record players for years after this Van Halen guy is forgotten about by those easily distracted whipper snapper boomers, with their iPhones and their colour-TV. God, what a bunch of entitled young brats.”