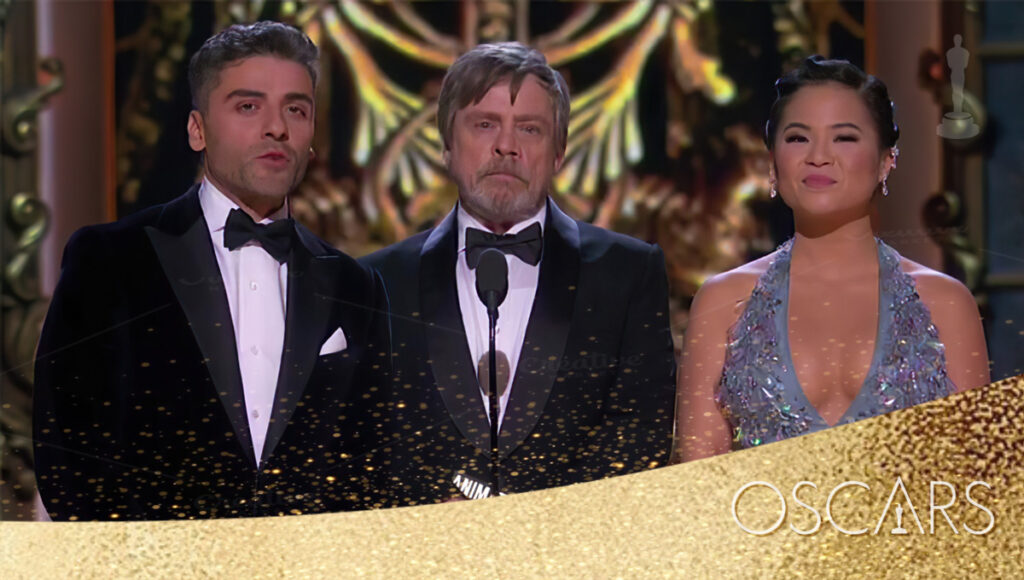 The Academy Awards have this week pre-emptively announced the nominations for Best Drama after what they say is an almost unbeatable offering from the creators of Star Wars ‘Episode 9’. “Fans have spoken,” said the academy today, “and I think we can all agree that the meltdown currently happening in the Star Wars fanbase is probably the most entertaining drama we’ve seen all year. We haven’t been able to put the popcorn down.”

“Admittedly there’s a lot of competition,” explained the head of the academy John Felch, “from the great drama House of Cards trying to complete the final series without mentioning the main character, to the amazing work of the Game of Thrones creators when they managed to piss off every fan by making Bran the king, there’s been some amazing drama from so many fanbases, but none have come even close to the level of hot mess served up by the creators of the latest Star Wars trilogy with their attempt to remake Episode Six and pass it off as a new movie to one of the most detail oriented fan-bases in the history of cinema, that is some master-level pot stirring.”

“I can barely even put into words how expert the level of drama creation here is,” read one review from Time magazine. “We thought we were good at creating drama by naming Greta Thunberg person of the year, but not even we could top the genius of using two completely different writers with two completely different visions to tell a story over the span of three films, but to not have any pre-planned overarching story before you start actually shooting. I don’t think we’ve seen that kind of mastery at creating drama in a fanbase since Ghostbusters decided to cast three confident women in a movie franchise exclusively enjoyed by undersexed film nerds. Five stars.”

Praise has also been heaped on director J.J. Abrams, who has consistently managed to churn out the same quality of film again and again, almost to the point where they can’t be distinguished from their predecessors. “It takes a lot of skill to be so predictable,” said one fan exiting the cinema today. “One or two movies we could put down to luck, but clearly this is a skill he’s had to work on very hard. Well, just hard enough to be passable at least.”

Asked how they could ever hope to follow up such a successful dramatic masterpiece, Disney said they have no plans for any future Star Wars movies, and filming starts on the next movie tomorrow.