Entertainment
Alabama approves edited Arthur episode in which Ratburn marries his sister
May 26, 2019 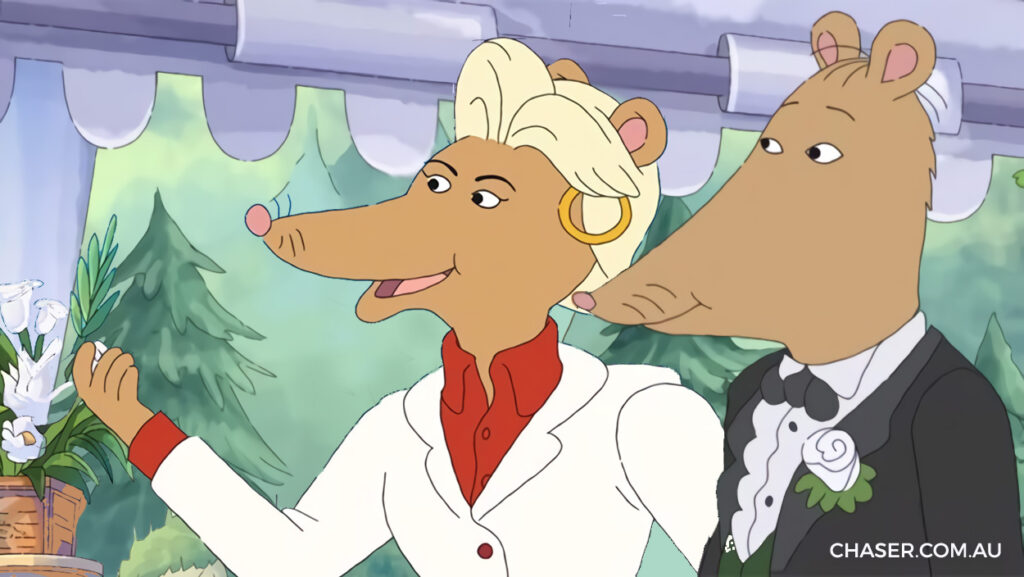 The state of Alabama has today greenlit a revised episode of children’s cartoon Arthur, which had previously been banned after it was revealed character Mr Ratburn was to marry a male partner. Having initially been blacklisted in the state for displaying a form of sexuality which censors described as “unnatural”, Alabama has now reversed its ban, after the show’s creators agreed to change the ending so that Mr Ratburn instead marries his sister/second-cousin Emma, in a twist described as “much more in line with Alabanian values.”

“It’s a much more family friendly ending, which I think we can all relate to,” said Alabama’s governor Kay Ivey this afternoon while standing next to her cousin-husband Greg and their three deformed children. “I think we can all agree that the original ending would have just confused my children, who would have been forced then to ask their parents questions like ‘why is that man marrying another man’ and ‘why is that rat a qualified teacher, how did it learn to talk, why is it wearing clothes, and what the hell is Arthur even supposed to be, some kind of dog or something?'”

However some in Alabama were still not pleased with the ending, pointing out that while they are fine with siblings marrying, the marriage of a man-rat to a woman-rat is still technically bestiality, which hasn’t been okay in Alabama since the late 90s. “I just don’t think it’s right for children to be told it’s okay for rats to marry,” said one concerned parent picketing outside PBS this afternoon. “Children should be spending their childhood doing innocent childlike things, like carrying an unwanted pregnancy to term because abortion has been outlawed for incestuous rape. I can’t believe how crazy the rest of the country has become that this isn’t how everybody thinks. The world’s gone mad.”