Entertainment Archive
We are contractually required to be pleased to announce a new sketch comedy series
November 3, 2020 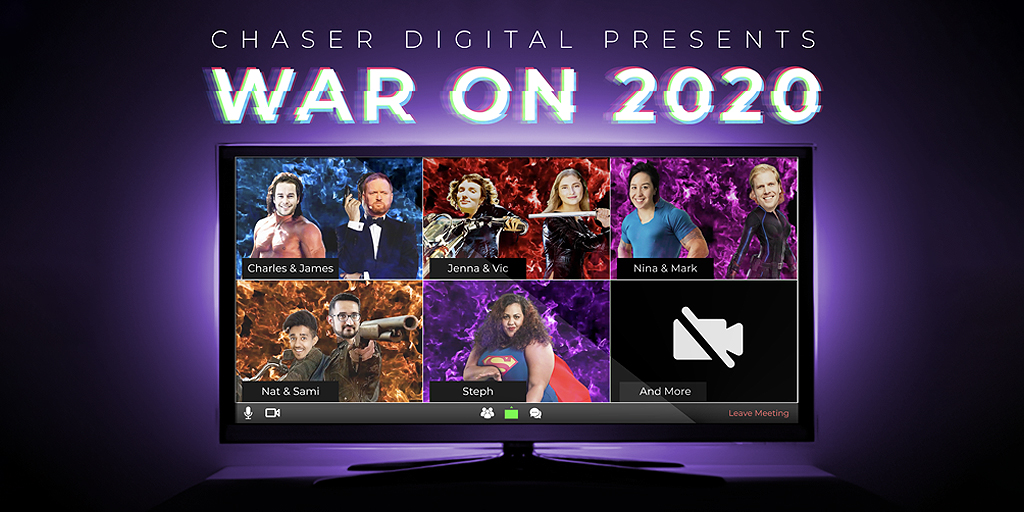 The Chaser’s web team is contractually required to be pleased to announce an all new series of comedy sketches coming to our social media channels over the next 6 weeks.

Featuring none of the far-too-expensive Chaser faces you know and love, instead Screen Australia has very generously provided funding for us to exploit a whole bunch of up and coming comedy talent who are young enough to come up with fresh jokes that aren’t about Kevin Rudd.

Dubbed The War On 2020 the theme of the series really should be self evident based on the name alone, so we’re not going to spell it out for you.

To keep up to speed with all the latest shambolic posts, be sure to follow our team of creators via their tags below, or just buy tickets to the live stream, where we’ll be wrapping up the entire year in just one hour, plus however long it takes for the NBN to load.

Please direct all questions, comments and complaints to [email protected] He doesn’t know anything about the show, it’d just be very funny to annoy him.